European art is loaded with Big Shots. I once had a long discussion about it with a dear friend from art school – she said Italian Renaissance painters formed the all-time biggest influence, I was team 17th century Dutch Masters. All a bit silly of course, and also all a bit true. It probably has to do with our respective locations, too: she’s been living in Italy for more than twenty years, I’m a 10-minute bike ride away from Amsterdam’s Rijksmuseum. Where you find the Big Shots of this post. My heroes, my idols: Rembrandt van Rijn and Johannes Vermeer. Both ridiculously talented draughtsmen of course, but they are photographers avant-la-lettre, they see, they register, they choose like a photographer, applying Cartier Bresson’s decisive moment without the split second. (Henri Cartier-Bresson, the French photographer who coined the phrase ‘decisive moment’: the intuitive choice a photographer makes to capture a moment in time.)

Rembrandt is the street photographer of the 17th century. He must have shlepped endlessly through Amsterdam, jotting down everything he saw in his little sketchbook. I think THE most amazing example is his drawing of the ‘Koekenbakster’ – the pancake baker (1635). Look at them! The weary woman, the toddler with his pancake-filled cheeks, but most of all the guy reaching in his pocket for money. Look at his posture, his neck, his mouth – slightly open in concentration. I swear I can feel the sandy guck, that somehow always ends up in your pockets, under my nails. From Rembrandt’s all-seeing eyes straight onto the paper. It’s insane. 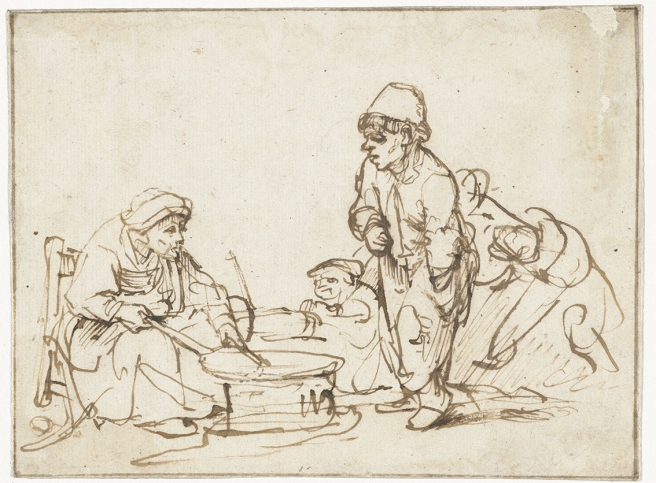 But it doesn’t stop there. Rembrandt manages to convey emotions in a painting as if he’s talking to us. This portrait of his son Titus (1657) is the ultimate story of a father’s love for his son. I’ve never seen anything else like it. The realization that he has had to bury Titus makes it even more poignant: 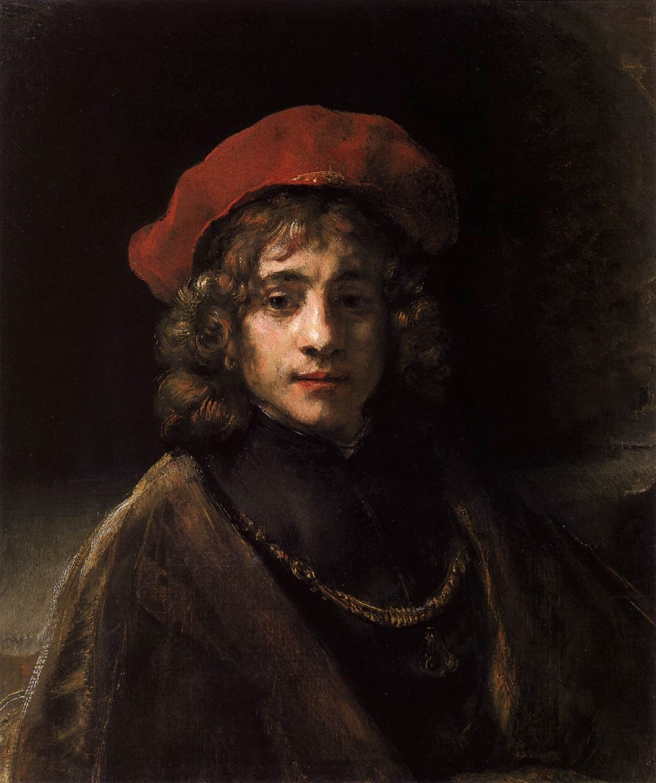 Lucretia, 1666. When I finally got to see this in person, I could hardly pull away. This is the second painting he made about the fated Roman girl. She had been raped and saw no other option but to commit suicide. He captures her when life is running out of her and all that is left is this unbelievable sadness. It always moves me to tears.

Now. Johannes Vermeer. His ‘Little Street’, 1658. This is not a badly cropped reproduction, the top of the façade really is missing. He could have easily redone it when he noticed it wasn’t going to fit the canvas. But he didn’t, thus making us feel we saw it all in passing. “Hold on, is that woman standing at a washtub? And were there two children playing under that little bench? Is it even a bench? Lemme go back and have another look.” If you would have photographed this, you’d kick yourself upon discovering that the top was missing. But Vermeer knew what he was doing – cropping the image like this, he gives us the feeling of a small world. Imagine there’d be sky over the gable, that would feel totally different.

Next is one of the Vermeers that cause wild speculations (1663). Is she pregnant? Or just fashionable? Who wrote that letter? What do the pearls on the table mean? Nobody knows for sure, but hey, c’mon! Of course she’s pregnant! And let’s assume, to keep things relatively simple, that it was her husband who wrote to her, that he sent her the pearls. Or whatever. X-rays show that the jacket (a ‘bed-jacket’) originally had a fur trim. Why did he change that? I give up. Nobody knows. 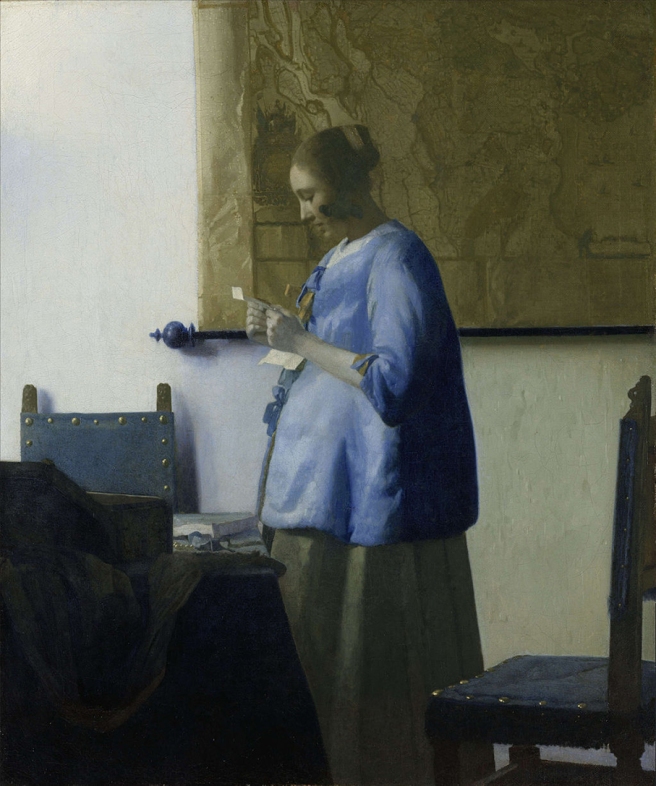 One more. For now. Sleeping Girl, 1657. Look at her, too tired to straighten the mess in front of her on the table. Was she cleaning the floor? Is that why she pulled back the carpet on the table? (Yes, the Dutch put Persian rugs on their tables. Don’t ask.) Her cheeks are flushed with fatigue, she just HAD to sit down. I can feel her tiredness. 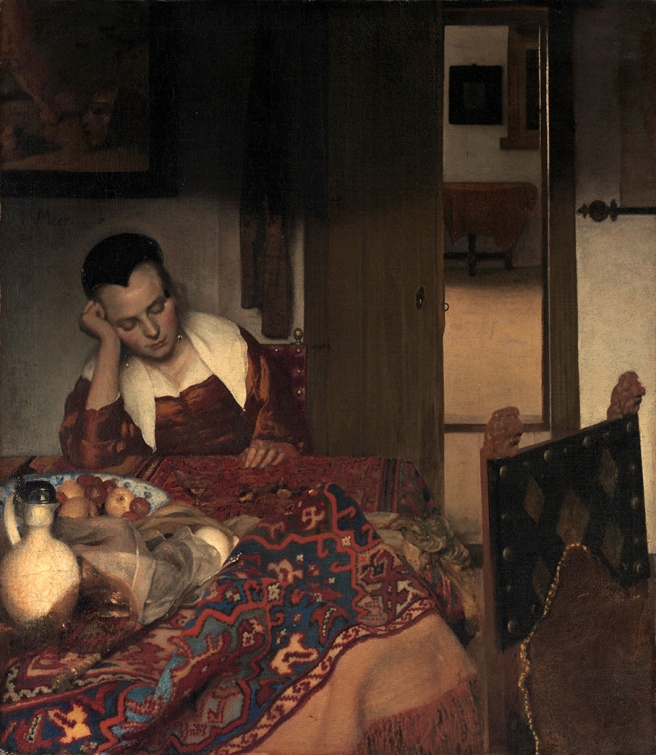 Almost all Vermeer paintings are so-called genre paintings, depictions of everyday life, and oddly enough he almost always puts a crumpled piece of cloth on the table. So why would that be? It is true what they say – the man is an enigma.